Madison, Wis. — The sales of existing homes grew rapidly in January, which is putting strong upward pressure on prices, according to the most recent analysis of the Wisconsin housing market by the Wisconsin REALTORS® Association (WRA). Home sales in January jumped 10.4 percent over January 2015, and statewide median prices surged 10.1 percent over that same period, increasing to $148,700. 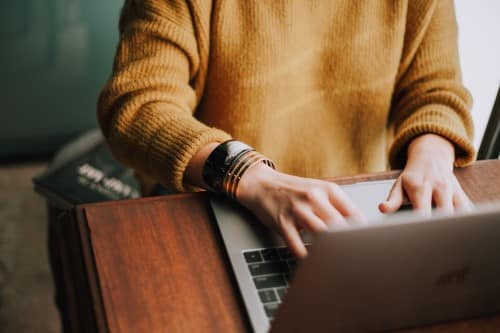 “The winter is always our slowest season, but this has been an unusually strong winter thus far,” said K.C. Maurer, WRA board chairman. “We will certainly see home sales pick up as we move into the spring, which signals a strong real estate market for the first half of 2016 and hopefully beyond.”

Compared to the same month last year, sales were up 10.2 percent in December and 10.4 percent in January. “The mild winter certainly helped, but this is really just a continuation of the strong pattern seen throughout 2015,” said Maurer. Every region in the state saw home sales grow between January 2015 and January 2016: the most robust sales growth occurred in the Northeast, which increased 17.2 percent, as well as the West region, which grew 16.1 percent. Home sales in the Southeast region rose 10.2 percent, followed by the North, South Central and Central regions, which grew between 5.5 percent and 6.7 percent.

Prices, however, also rose significantly in January, up 10.4 percent over last year. “This is the strongest price increase we’ve seen since the middle of 2013,” said WRA President & CEO Michael Theo. “We’re seeing a confluence of a solid state economy but also a very low and falling supply of homes on the market.” Theo noted the state unemployment rate stood at 4.3 percent in December, compared to a national rate of 5 percent for that month. However, inventories of homes for sale have dropped to the lowest level since the WRA began tracking inventory levels at the end of 2009. “We had just 36,450 unsold homes in January, which is the first time we have seen supply fall below 40,000 units,” said Theo. The absorption rate shows how many months it would take to sell the statewide inventory, given the average monthly sales over the last year. “We’ve got just 5.7 months of unsold inventory, and it’s gotten tighter throughout the state,” he said. Statistics show metropolitan areas of the state have just 4.3 months of supply while rural areas have fallen to 9.3 months of supply.

Increased demand and dwindling supply have hurt housing affordability in Wisconsin, but not as much as expected. “While it has slipped a little, housing affordability in Wisconsin remains strong due to modest estimated family income growth and low mortgage rates,” said Theo. The Wisconsin Housing Affordability Index measures the percent of the median-priced home that a buyer with median family income can afford to buy. This assumes a healthy down payment of 20 percent with the remainder financed with a 30-year fixed-rate mortgage. For January, the index was 244, which is down from 268 last January. “With current mortgage rates at just under 4 percent, we’re only about half a percent higher than where rates bottomed out during the housing recession in late 2012,” said Theo. He noted that the Federal Reserve has begun to raise short-term interest rates, and while the pace of the increase is uncertain, it will eventually put upward pressure on mortgage rates. “These double-digit housing price increases will eventually take their toll on affordability, so this is an ideal time for buyers to enter the market,” said Theo, noting that using an experienced REALTOR® is one of the best ways to find the best values in this tight housing market.

About the WRA
The Wisconsin REALTORS® Association is one of the largest trade associations in the state, representing over 13,500 real estate brokers, sales people and affiliates statewide. All county figures on sales volume and median prices are compiled by the Wisconsin REALTORS® Association and are not seasonally adjusted. Median prices are only computed if the county recorded at least 10 home sales in the quarter. All data collected by Wisconsin REALTORS® Association are subject to revision if more complete data become available. Beginning in 2010, all historical sales volume and median price data at the county level have been re-benchmarked using the Techmark system which accesses MLS data directly and in real time. The Wisconsin Housing Affordability Index is updated monthly with the most recent data on median housing prices, mortgage rates, and estimated median family income data for Wisconsin. Data on state foreclosure activity is compiled by Dr. Russ Kashian at the University of Wisconsin–Whitewater.
https://www.wra.org/HSRJAN2016/