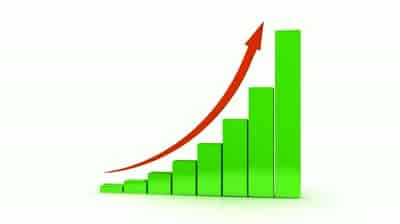 MADISON, Wis. — Despite improving inventories over the last two months, housing supply remains tight in the state, which kept July home sales down and drove median prices up, according to the most recent analysis of the existing home market by the Wisconsin REALTORS® Association. Home sales slipped 3.1 percent in July relative to July 2017, and median prices rose 7.5 percent over that same period to $192,900. The year-to-date data paint a similar picture: Home sales for the first seven months of 2018 were 3.2 percent lower than sales between January and July last year, and median prices were 7.5 percent higher. An increase in July home listings improved statewide inventory levels to 3.4 percent above the level from July 2017. Likewise, the total number of homes available for sale improved substantially. Total listings, which include those that have been on the market for over a month, rose 21.2 percent to nearly 33,000 units in July. While available inventory has improved from four months in July 2017 to 4.9 months in July 2018, the statewide market remains a solid seller’s market as indicated by available supply well below the benchmark of six months that signals a market that is balanced.

“It’s good to see more homes being listed on the market, but demand remains very strong, so homes don’t stay on the market for very long,” said Peter Sveum, WRA chairman. Housing demand depends on labor market opportunities, and Sveum pointed to near-record-low unemployment rates as evidence of the state’s strong economy and the strong demand for housing in Wisconsin. The state unemployment rate held at 2.9 percent for the second straight month, which is only slightly higher than the record-low 2.8 percent rate seen earlier in the spring. Indeed, the seasonally adjusted unemployment rate has remained below 3 percent for each of the past six months. The national economy is considered to be at full employment, but the U.S. unemployment rate is 3.9 percent, a full percentage point higher than Wisconsin. “Strong demand and limited supply lead to quicker sales,” said Sveum. The number of days on the market fell in every region of the state over the last 12 months, with the North and Central regions at 146 days and 111 days, respectively; the Northeast was at 97 days; the South Central and West were in the 85 to 87 range; and the Southeast region saw its homes sell on average after just 71 days on the market. Not surprisingly, inventory levels played an important role in determining time on the market, with the Central and Northern regions characterized by more months of supply than the more urbanized regions of the state.

“Seller’s markets almost always lead to strong price pressure, and that continued to be an issue in 2018,” said WRA President & CEO Michael Theo. Comparing the first seven months of 2017 to this year, median prices have appreciated between 5.4 percent and 10.2 percent across the six regions of Wisconsin. “Affordability definitely slipped, but income growth has offset price increases to a degree,” said Theo. The Wisconsin Housing Affordability Index measures the portion of the median-priced home that a qualified buyer can afford to buy, assuming the buyer has a median family income, a 20 percent down payment, and the remaining balance financed at current rates with a 30-year fixed-rate mortgage. The index stood at 191 in July, down from 206 in July last year. “While median prices rose 7.5 percent over the last 12 months, median family income is estimated to have risen 7.2 percent over that same period,” said Theo. Mortgage rates are up by about a half percent over that same 12-month period but remain quite favorable at 4.53 percent in July. “The improvement in listings over the last couple of months is a welcome improvement and should help to move us toward a more balanced market, but we’re still in a strong seller’s market,” he said. The key to success in this tight housing market is for buyers to have their financing lined up, propose clean offers without contingencies, and be ready to move quickly when their REALTOR® finds them the right home.

About the WRA
The Wisconsin REALTORS® Association is one of the largest trade associations in the state, representing over 15,700 real estate brokers, sales people and affiliates statewide. All county figures on sales volume and median prices are compiled by the Wisconsin REALTORS® Association and are not seasonally adjusted. Median prices are only computed if the county recorded at least 10 home sales in the quarter. All data collected by Wisconsin REALTORS® Association are subject to revision if more complete data become available. Beginning in June 2018, all historical sales volume and median price data from 2015 forward at the county level have been re-benchmarked using the Relitix system which accesses MLS data directly and in real time. Data prior to January 2015 are derived from the Techmark system which also accessed MLS data directly. The Wisconsin Housing Affordability Index is updated monthly with the most recent data on median housing prices, mortgage rates, and estimated median family income data for Wisconsin. Data on state foreclosure activity is compiled by Dr. Russ Kashian at the University of Wisconsin – Whitewater.
Source: https://www.wra.org/HSRJuly2018/